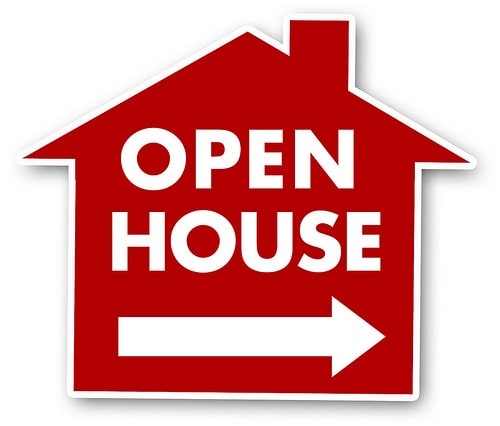 The baby boomers are doing it again. The generation whose sheer numbers brought us sprawling suburbs, minivans and shopping malls is older now and retiring from their jobs. But boomers are still a force to be reckoned with, at least when it comes to real estate.

For example this year, for the first time in its 21-year history, the Spring Open House will include rental properties designed for seniors.

The fastest growing segment in the real-estate market is new homes for aging boomers. Among the most active developers in this category is Batimo, with one project opening this weekend in Boisbriand (149 units) and another starting construction this summer in Pointe-Claire (220 units). Each is entirely designed for the 55+ age group. But if you ever meet Mario Daigle, vice-president of Batimo, just remember: Don’t call it a “retirement home”!

“Our buildings are for seniors who are still active,” Daigle said. “They organize their own activities. There is a gym, a pool, a nice restaurant and even a business centre. They want a lot of amenities and convenience, but they don’t want to live in something that looks or feels like a hospital.

“They have owned their own home and no longer want the trouble of running a property,” Daigle adds. “They’re ready to move back into rental. They want to travel and enjoy the money they saved.”

It makes so much sense you wonder why the trend is new in the Montreal region. “It’s only three to five years since the first of these large projects opened here,” says Jacques Beaulieu, organizer of the Open House event. A quick check with Statistics Canada explains the new interest. Look at the demographic shift of households in Quebec by age:

Rent begins at $1,000/month for a one-bedroom unit at the Batimo building. About 10 per cent of the units are available for sale, “for those still interested in investing,” Daigle said.

Of course, not all seniors want to rent or live in a high rise. Those with deeper pockets might be drawn to Ambiance Plein Sud, which is also part of the Open House event. It’s right on the Longueuil golf course Parcours Du Cerf, and while few of the residents actually play golf, “they like the green space and openness — not like downtown,” says Nicholas Metsos, President of Groupe Classique.

The company has a lot of experience designing for discerning boomers. The first seniors’ exclusive building went up in 2001, with 90 suites. Now there are six phases and 400 units of middle to high-end properties. “Seniors want an indoor private garage and a private entrance, plus big elevators and big windows.” Metsos describes his clients as confident investors. “Even as they age, they believe that a good home is a safe investment.”

There is going to be one heck of a house-warming party in Ahunstic this July. That’s when 189 families and individuals move in to a new development at the corner of L’Acadie and Henri Bourassa Blvds. Cité Signature is one of those rare finds: an “affordable” new home. Units range in price from $139,000 (1 bedroom) to $270,000 (3 bedrooms). (City of Montreal guidelines dictate which properties can be promoted as “affordable” and thus qualify for subsidies.)

“But it’s not just about the price,” says Marc Araish, the project’s director of operations. “It’s a quality build. Hardwood floors, quartz counters, balconies and indoor parking. There’s even a rooftop terrace with barbecues and a hot tub. You don’t often find these features at this price point,” he says.

And there are other incentives. “In a new build, buyers usually have to put five to 10 per cent (of the cost) up front. Not here,” says Araish. “We ask for $2,500 up front, then monthly payments which are more manageable for our clients.”

There’s one more bonus, for first-time homebuyers with children. The City pays the “welcome tax,” an incentive to keep families on the island.

That’s a lot of math, but it adds up to a lot of people finally able to buy their first home.

The project is 85 per cent sold.

One of the highlights of Open House events in recent years has been the participation of Quebec furniture designers and makers. Jean-Claude Poitras, Quebec’s best-known multi-discipline artist and designer has made it his mission to develop a “Quebec style” for furniture. “We have always had great craftsmanship. It is part of our heritage,“ says Poitras. “But we lacked design and an identifiable style. As recently as 2015 at these Open House events, there was not a single piece of Quebec furniture displayed.”

Now, under Poitras’s guidance, the Quebec furniture industry is winning major prizes and earning new respect. And this year at the Open House, there is a lot of fine Quebec designed and manufactured furniture in the four model suites.

Visit one or more of the suites. Poitras has identified 19 pieces he loves. You can vote for your favourite piece of Quebec furniture. Prizes include $5,000 worth of furniture, and a set of GE appliances worth $5,000. People can also vote for their favourite model suite design and be eligible to win two airplane tickets to Paris.